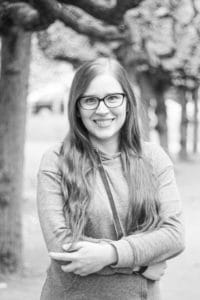 Apply Now for Head of TCF

Recently we have shown that CRISPR/Cas9 nickase system can be applied against viral infection. In a proof-of-principle study Hepatitis B viral sequences has been rationally selected and cleaved by lentiviral delivery of the Cas9 nickases and specific gRNAs. We have shown that viral infection can be cleared from cell culture system and de-novo infection is hindered by the cellular Cas9 genome surgery machinery. While working with the infectious disease we have established a surrogate reporter system that allowed us to avoid S3 safety level on the initial stages of the project and which became an invaluable tool for evaluation of gRNA efficacies in cells. For example, we have observed that CRISPR/Cas9 outperformed TALE-nucleases in cleaving DNA targets integrated into host genome, which allowed us to focus on the more efficient genetic tool. (Karimova, Beschorner et.al., Nature Scientific Reports, 2015). This work is continued for implementing in vivo by Prof. Joachim Hauber, HPI, Hamburg.

Cre-LoxP like site-specific recombinases (SSR) is a unique class of enzymes that has been long time a “golden standard”  in mouse genetics. SSRs perform a two step reaction: cleaving and ligating DNA between the cognate loxP or analog recombination sites. The ability to reseal the DNA as inherent function of Cre-like recombinases makes them different from targeted nucleases, such as engineered Cas9 or TALE-nucleases. SSRs cary out excision of the genomic sequences as well as inversion and site-specific integration, which makes them attractive for complex models, such as reversible knockouts. We have recently described several novel members of the unique tyrosine class of recombinases: Vika/vox, Nigri/nox and Panto/pox, which expands the toolbox for multiplexing conditional knockout and lineage tracing experiments  (Karimova et.al., Nucleic Acid Research, 2012; Karimova, Splith et.al., Nature Scientific Reports, 2016). One of the prominent advantages of the new recombinases Vika and Nigri is the lack of geno- and cytotoxicity, which was observed for high-performer Cre (Karimova et.al., Nucleic Acid Research, 2012). Currently we work on Vika/vox recombinase for in vivo mouse application in collaboration with Prof. Frank Buchholz, UCC, Dresden.

Currently we focus on remodelling enzymes and DNA targets for rational improvements in specificity, which will allow to safely implement recombinases and Cas9-like nucleases in generating oncology models and novel therapies. We continue to implement and develop various surrogate reporter systems to study CRISPR-induced DNA repair mechanisms. We are highly interested in combining bioinformatics, genetic circuits, protein engineering and cellular readouts for enrichment of the desired modifications.

We implement CRISPR/Cas9 technology for rapid generation of mouse models, using advantage of diverse strain background and direct modifications in zygote state. We will be actively applying our learnings from the genome editing into mouse lines generation.